Coffee has long been one of the most popular beverages in the world, with people across the globe using this gift from nature to make it easier to start their day. Most people see coffee as a simple drink, with ground beans mixing with hot water to create a delicious blend that gives you the get-up and go that you need.

If you’ve ever set foot in a coffee shop, though, the menu on the wall might give you a different impression. Americanos, lattes, mochas, cappuccinos… the list seems near endless, but most people don’t really know what makes the difference between these types of coffee.

To give you a greater insight into this topic, this article will be reviewing two of the most popular types of coffee ordered at coffee shops; the indulgent cappuccino and the sweet and tasty mocha. This should make it much easier to make the right choice next time you’re stood in line for your morning brew.

What is “Barista” Coffee?

Before diving into both of these coffee options, it makes sense to first explore the difference between barista coffee and the brews that most people make at home. In the case of both the mocha and the cappuccino, a type of coffee known as espresso is used as the base.

Freshly ground coffee has to be used when making espresso, with high-pressure machines being incorporated to get the most out of the beans being used. Mixing hot water with espresso will result in an americano, though most of the barista coffee options you find in coffee shops will use milk or a milk alternative instead. This milk is heated with steam to fill it with air and make it nice and foamy.

It’s quite hard to produce proper barista coffee at home without an expensive machine. Pod devices will usually only mimic the drinks they promise to create, with only a trained and experienced barista having the skills to give you the very best coffee.

What is a Cappuccino?

A cappuccino is quite similar to a latte, with a foamy top sitting above a milky espresso mix, though the foam on a cappuccino is usually thicker than that found on a latte. Made in a cup or glass that is smaller than a latte but larger than a flat white, this coffee option provides a good middle ground if you find that your lattes lack the strength you want but find that flat whites are too strong.

Chocolate or cinnamon dust is sometimes added to the top of a cappuccino, though this isn’t a mandatory feature of this drink. Some people like to have two shots of espresso in their cappuccino, too, but this will make it much stronger and isn’t the right choice for everyone.

How is a Cappuccino Made?

While not every coffee shop follows the same standards, a traditional cappuccino would typically be made in a 150ml to 180ml mug or glass (lattes are usually 200ml to 300ml). A single (25ml) or double (50ml) shot of espresso will be the first thing to hit the mug having gone through the coffee machine.

Next, it will be time for the milk to be steamed. This process can be quite tricky, with many baristas training for years before they are allowed to make cappuccinos for customers. As a cappuccino has thicker foam than a latte but is also smaller, the barista has to balance the amount of steam they use and the time the milk is exposed to it to make sure that the finished cappuccino is at drinking temperature when served (unless requested otherwise).

The milk is then carefully poured into the espresso, with a gentle swaying motion ensuring that it mixes properly. Some baristas will use the milk to draw artwork in your coffee, along with adding chocolate or cinnamon dust to the top.

What is a Mocha?

Mochas stand out when compared to other barista coffees, with one ingredient giving them an edge that you will love if you have a sweet tooth; chocolate. Other than the addition of chocolate and a little bit of sweetener, most mochas are quite similar to their latte counterparts, with foam that is thinner and less dense than a cappuccino.

It can be easy to confuse a mocha as a caffeinated hot chocolate. In reality, though, the main ingredients in this beverage are still espresso and milk, making it a fully-fledged coffee with a little bit extra to enjoy.

How is a Mocha Made?

Like a cappuccino, mochas are made by first adding espresso to a mug/cup (this can either be a double or single shot). Before any milk is added, though, chocolate and sweetener will be mixed with the espresso, either in the form of powder or syrup.

After this has been done, milk will be steamed by the barista, with special care being taken to ensure the right consistency and temperature. This will then be poured in the same way as a cappuccino, with artwork often being used to make the coffee feel extra special. Chocolate powder is usually found on the top of a mocha.

Now that you have an idea of how each of these coffees is made, it’s time to get back to the original topic; which one of these drinks is best for you? Unfortunately, it’s impossible for me to tell you what type of coffee you like more. In fact, I personally swing between the two, with some mornings bringing cravings for something sweet, and others pushing me towards the foamy richness of a cappuccino.

With this in mind, it’s worth considering your tastes in other areas to get an idea of which coffee choice is best for you. For example, if you find yourself struggling to have a coffee at home without a couple of spoons of sugar, you will probably be better off with a mocha. Those who love the taste of strong coffee will be very happy with a cappuccino, though. 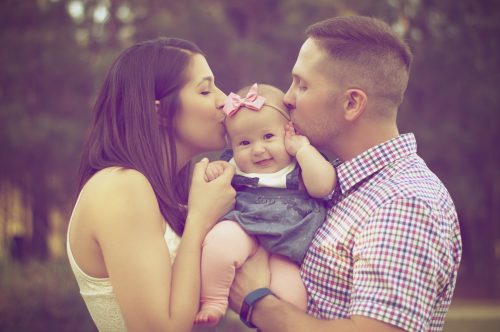